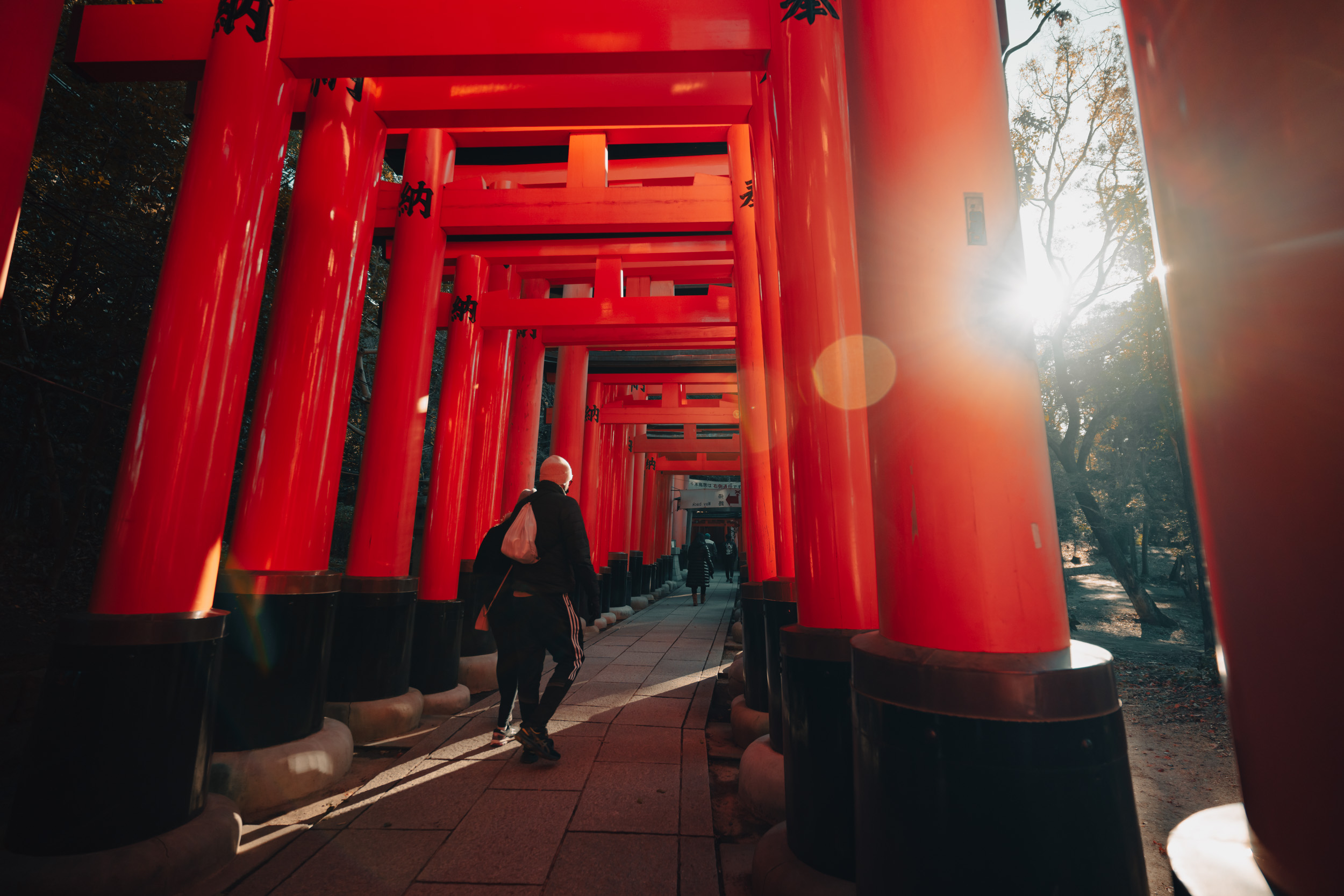 Kyoto was our hub - where we stayed while we traveled to all the other cities. We spent a lot of time at the station, eventually memorizing the routes and it started to feel like home after a week.

On the outskirts of the city lies the Arashiyama Bamboo Grove. We reached late in the day, catching the tail end of daylight. At the end of the forest is a small rural town with a Buddhist monk quarters.

Kinkaku-ji (The Golden Pavillion) is a buddhist temple lined with gold foil. The pavillion sits in a pond surrounded by a strolling garden. The building houses Buddha's ashes.

Fushimi Inari-taisha is a Shinto shrine best known for its 1000 torii gates. It sits on Mount Inari and the torii gates lead you up the mountain the shrine. One of the more interesting things we discovered on this trail was that when we transcribed the writing on the gates, we found that it was names of individual and company donors. The hike around Mt. Inari took us a little over 2 hours.