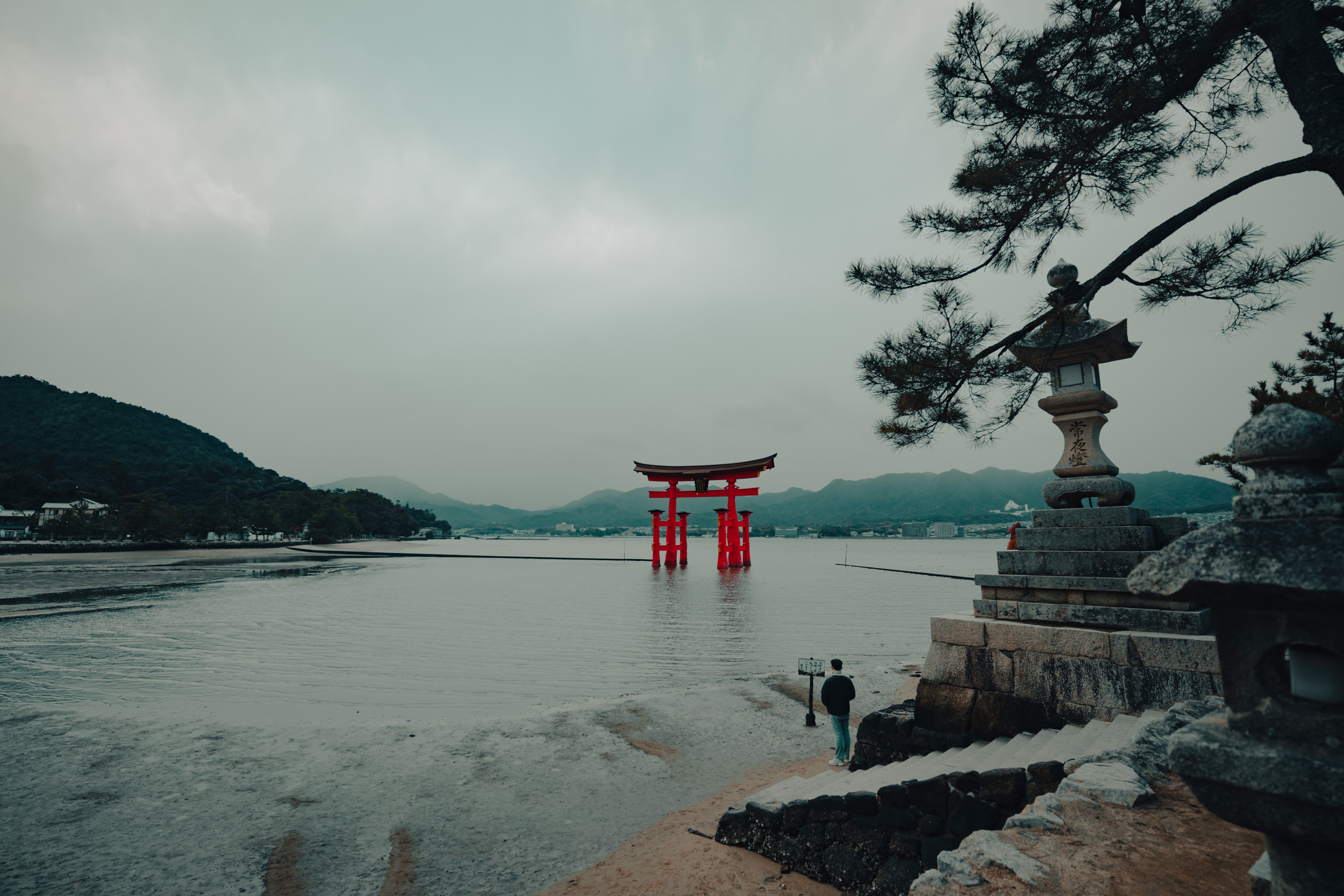 We spent the morning in Hiroshima learning about the impact of the Atomic bomb dropped by the US during World War II. For this part of the trip, we put our cameras aside to just take it all in. By the afternoon, we made it out to Miyajima Island to see the Itsukushima Shrine and the floating Torii Gate. During the day you're able to go up to the gate, but as the sun sets and the tide rises, water fills the shrine complex in a matter of minutes.

Osaka is a popular port city. With limited time, we prioritized visiting the Osaka Castle which played a major role in the unification of Japan during the 16th century. The castle sits on 15 acres of land closed in by large stone walls and a moat. Inside the castle, we made our way up 7 floors of exhibitions, finally reaching the 8th floor with views of all of Osaka.

Nara is just full of deer. Deer, everywhere. We walked through Nara starting at the Kofukuji temple and ending at the Todai-ji temple where we saw a 15m-high bronze statue of Buddha.